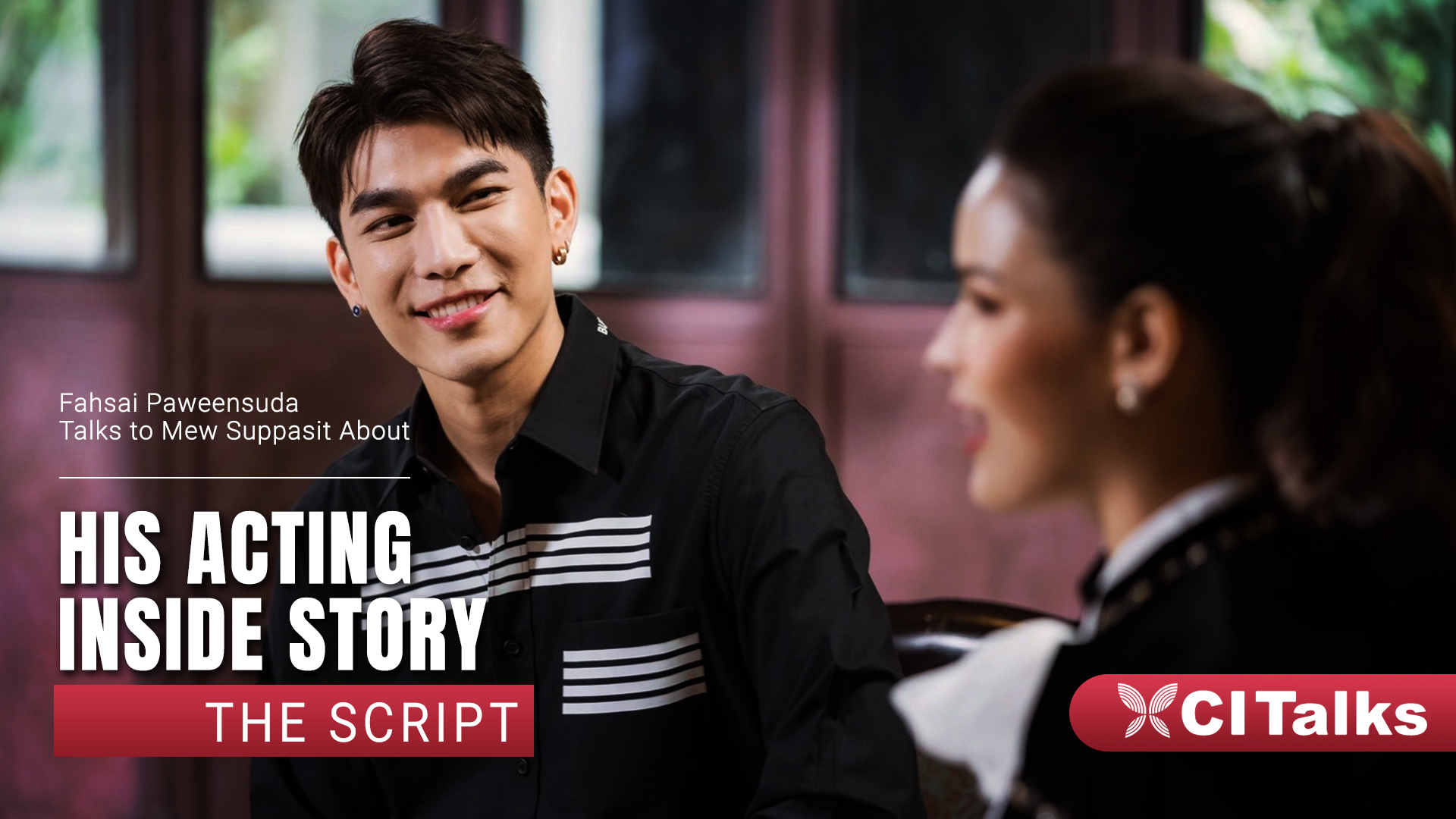 Mew: I felt I was so inferior when I was a child. I had no confidence at all. My self-esteem was gone. I just kept myself to myself.

Mew: Everyone around me thought I had what it takes, that I had it all covered. But there was a time that my GPA dropped because I was lazy / had no motivation.

Mew: I hardly studied, to be very honest. I was just lazy. However, everyone around me had high expectations of me.

Mew: There would be times where family gatherings took place and my parents would always say I was good at this and that. But I felt I was the opposite.

Mew: I isolated myself. I started to drop out of class activities assigned by the teachers. I didn’t want to be a class representative. So, basically, I didn’t want to do anything. When I was in my final year of primary school or early secondary school, I kept myself to myself. I felt like I was living on my own, far away from the high expectations people had for me.

Fahsai: What was your turning point that got you out of the situation?

Mew: Roughly in my late secondary school year, I met one underclassman who was so talented and I wanted to be like him. I started to change, gradually building my confidence.

Mew: I felt like I became a new person. I began doing what the teachers asked me to do, even though I was nervous as it had been ages since I had involved myself in anything. It was a nerve-wracking time for me.

Mew: One thing I’ve realized is that what I do doesn’t have to be what others really like. If we are satisfied with what we do, then it is fine if not everyone feels the same way.

Mew: I have always believed ever since that if we have done our best and we are happy with the results, it doesn’t matter what others think. That’s all that matters.

Entering a Career in Entertainment

Mew: I got into the entertainment industry when I was in Grade 11 or 12. It's been roughly 11 years.

Mew: I used to attend after-school tutorial classes in Siam and, one day, a modelling agent spotted me. I started casting for commercials; out of 100 auditions, I only got about 10 jobs though.

Fahsai: How did you feel at that time, though?

Mew: I felt that I was failing, I really did. I kept wondering why I never got jobs despite daily auditions. No-one ever gave me feedback from my auditions; what I didn’t do right, what went wrong. No-one said anything.

Mew: Then I started to question whether I was talented enough or right for the part. After personal reflection, I realized that it was pointless blaming others and that what I needed to do was focus on my skill levels.

Mew: I started all over again. I took up acting classes, going right back to basics and I took as many classes as I could.

Mew: I attended the academy every week for over 2 years. I immersed myself in acting. After 2 years of practice and training, I started getting every audition that I went for. I was also cast for a starring role in a series which I am still doing today. I think being a performer is so cool.

Fahsai: Of course it is [laughing]

Mew: I think being a performer is amazing. Winning an award for Best Actor would be so cool.

Mew: If I become a professional actor, my goal would be to win the Best Lead Actor Award. This would make the years of dedication that I have put into my acting career worthwhile. So this is my goal right now.

Fahsai: What do your parents think? Do they support your enthusiasm for acting?

Mew: My Mom is quite supportive but Dad isn’t. My Dad has always insisted on me studying hard at school and I’m still a student! He says to me “you can follow your acting career only after graduation”.

Mew: And I am like - I can balance work and study; I can study well whilst also working in showbiz. This is what I need to prove to him, that doing both can work.

Fahsai: How do you deal with problems and challenges?

Mew: In the end, provided we have given our best effort, the outcome is immaterial. There are always factors beyond our control.

Mew: What we can control is what goes on inside our heads. Over the years I have faced disappointment, dashed expectations and more. I have learnt to let it go as I did my best. When we do our best we feel fulfilled. We are happy with our work.

Fahsai: Can you summarize the take-home messages for our audience?

Mew: Instead of blaming other people, look at yourself. Have you thought about how you can develop or refine your abilities?

Mew: I would encourage you to recheck yourself. What is the root cause of the problem? Once you know, you can take steps to adjust and improve.

Don’t compare yourself with others

Once in a while look back and review your old self. For example, are your acting skills better today than they were then? Are you more knowledgable? It’s good to take stock every now and again.

Mew: Self appreciation helps in various ways. For example, it can help you sleep better. Applaud yourself for what you have achieved and how far you have come. Give yourself thanks!

Fahsai: Thank you, Mew, for sharing your amazing story and your tips and secrets with us. Thank you so much.

Mew: Thank you for having me.

If we’ve done our best and we're happy with the results, it doesn’t matter what others think.

Mew Suppasit returns to CI Talks to talk with Fahsai Paweensuda about his acting inside-story. Watch this special interv...