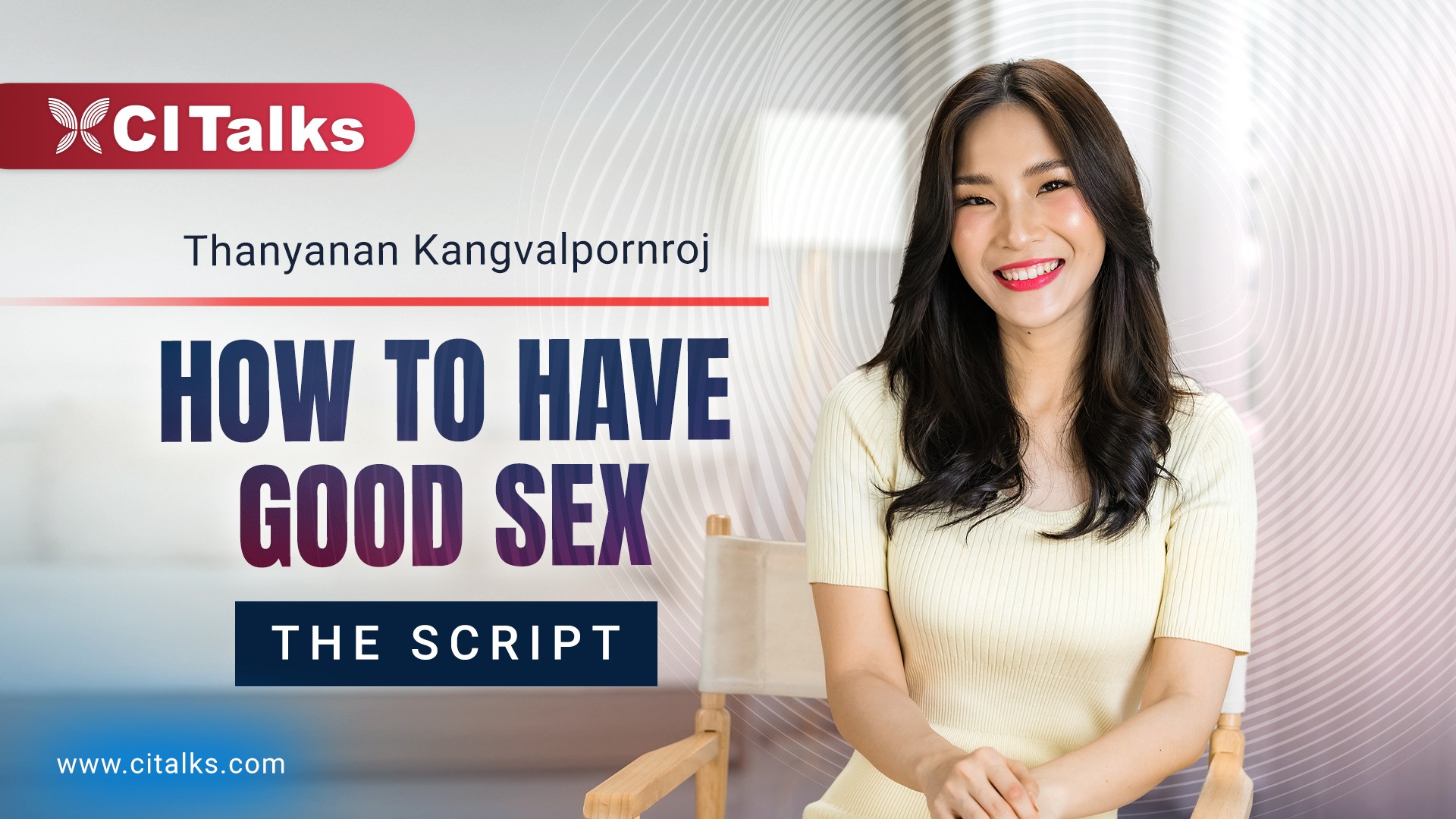 Today, Dr. Fern is going to talk about Sex Education What did I just say? (Laugh)

Recently, sexually transmitted diseases have risen sharply in Thailand, especially among teens who don't have the necessary knowledge because sex education is barely taught at school. Schools don't teach about STDs. They only teach how to avoid having sex, not about "sex", sexual arousal or having safe sex to prevent infectious diseases.

Before having sex, consider two things:

PrEP
PrEP: Take it 7 days before having sex. It can reduce the risk of HIV by 97%.

Next, let's look at the science of sex, and the 4 phases of sexual response. But first you'll need a partner!

The first step in the act of sex is the Excitement Phase. it happens with bodily contact, no matter which parts, such as kissing or touching body parts.

The Plateau Phase is when we're having sex. Our bodies become sexually excited. What are the sensations? Let's start with breasts. Breasts become fuller and the nipples become harder or erect and can also darken, due to increased blood flow.

Down below, at our genitals, men and women secrete lubricating fluids. In women, the vagina enlarges and muscles contract with blood flow causing the labia to swell and become firm. When the male comes inside, it will feel much tighter.

For women, it's what's called G-spot which you may have already heard of. Actually, speaking of the G-spot, until recently, no one knew exactly where it was located. We only knew it was within the vagina.

For those who have sex via the "back door" where the back door is penetrated, is where the prostrate is and another male erogenous zone.

The third phase is the “Orgasmic Phase”, the story’s finale. The climax brings the event to a close.

Your body has involuntary contractions. After ejacuation, a sex flush may appear, similar to a rash, over your body. You may get muscle spasms in the hands and feet. This phase can last for about 5-8 minutes in both men and women.

For women, orgasm is not just achieved through vaginal penetration. As said, the erogenous zone is the clithoris. Sometimes just touching there can bring a woman to orgasm. For some women, just caressing the nipples can bring an orgasm on as well.

The fourth phase is called the Resolution Phase. It's when both parties are finished. We feel a sense of well-being and fatigue as our muscles relax.

If you want to go for round 2 What should you do? Most women can start again immediately because their resolution phase is short. Women recover very quickly and can start again straight away. But men need more time because their recovery takes longer. You may have to wait from 10 minutes to hours before you are both ready again.

Cleaning Up After Sex

Once we've finished, we need to wash ourselves. Women should use water to wash their outer parts only. Some people put fingers in which isn't OK, because fingers can convey germs inside.

Men should just clean with water.

Having sex is natural and anyone can do it. We need to communicate with kids properly and make them feel safe talking to us. Awareness leads to better birth control and helps prevent early pregnancy and STDs as well.

The sex education video series is brought to you by CI Talks. Find more inspirational videos and stories that spark change on CITalks.com and be inspired to take action and grow.

Creating a Fintech Unicorn at Topp Speed is the story of Topp Jirayut, founder & CEO of Bitkup, Thai...
11 Feb 2022

Have you wondered how to have good sex that this fun and safe and what happens to our bodies in the throws of sexual pas...