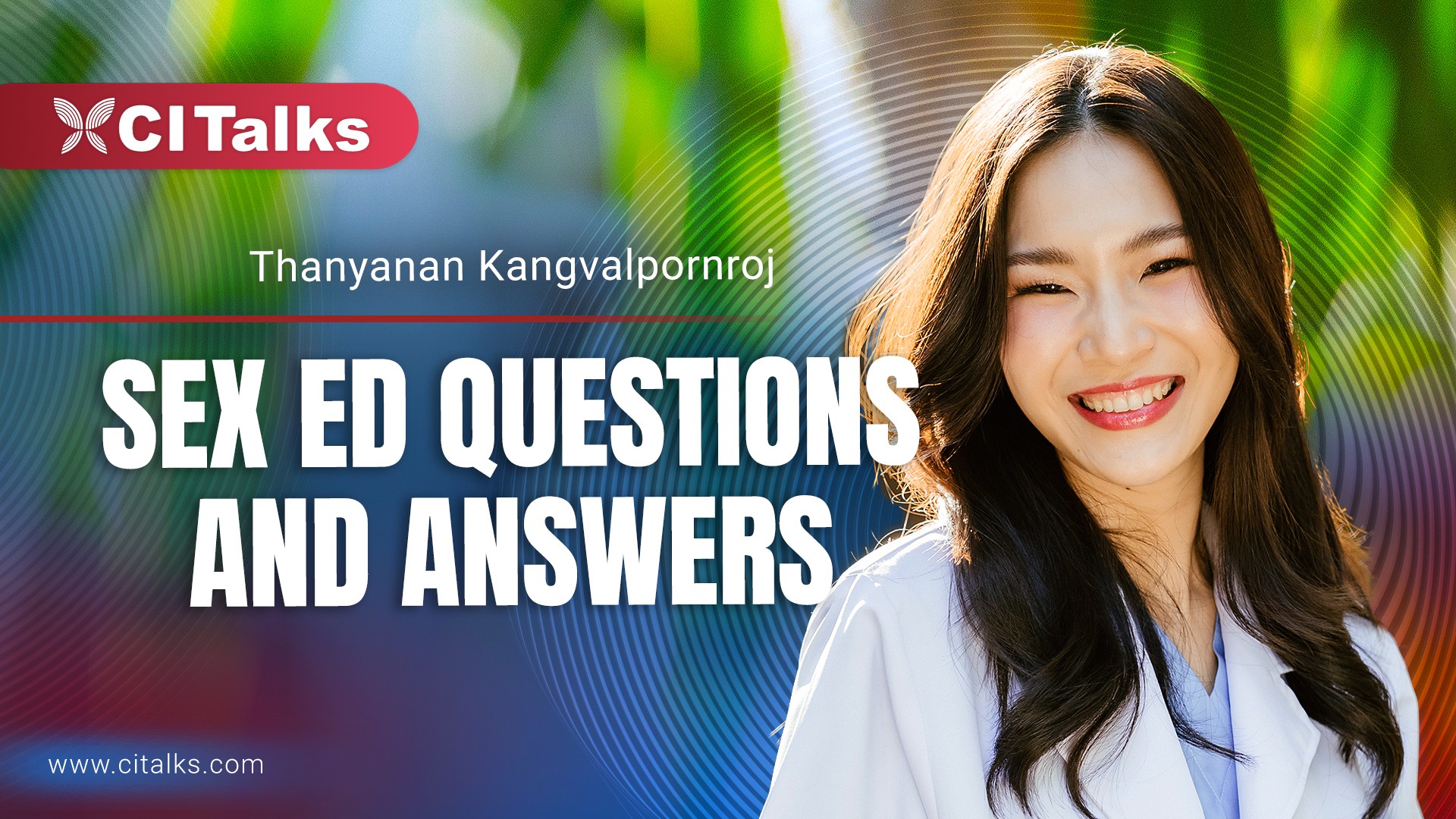 In this episode, I will talk about sex, the dos and donts and also some misunderstandings about sex. This is to promote safe sex for all.

Q: You and Your Sexual Desire Is it wrong to have high sexual desire?

A: Well we have to define what 'high' means. If it's so high that you can't work or study, and you are so obsessed that you can't stop thinking about it, that's abnormally high, and you should probably consider seeing a doctor.

Q: Does Size Matter? Does the size of your penis affect sex?

A: The answer is yes and no. It does and doesn't have an effect. Around 5 inches is considered normal. Less than 3 inches is considered small. But understand that women's most sensitive part during sex is the lower part of the vagina. Anyone can reach that part, No matter what size.

For some, size can be a misfit which can affect feeling. Many men worry they are too small and go for penis enlargement, genital beading (pearling), or mineral oil injections, like paraffin, into the penis. This is really misguided because it may cause infections in the future.

Q: There are white spots, like pimples, around my penis? What are they and can they be treated?

A: I must tell you that men get very embarrassed and don't want to tell anyone they have these spots. It's a normal condition for men though. They are sebaceous glands that can get clogged which causes the outbreak. They aren't warts or sexually transmitted diseases. You don't need to do anything about them. They will go away after some time. But if you are really worried, you can have a laser treatment. It's very easy.

Can women get pregnant if the condom is removed in the bathtub after sex?

A: Well, sperm swims really well but only once inside the vagina. A bathtub is not a vagina. Women cannot get pregnant this way.

A: The answer is no. Putting on two condoms will likely cause increased friction which could split the condom and actually increase the likelihood of getting pregnant. So in short, one condom is enough for protection.

Wearing condoms kills the pleasure when having sex. What to do about it?

A: A condom is a barrier that helps prevent against sexually-transmitted diseases. They also prevent unwanted pregnancies. Nowadays, there are many new condoms like ultra thin, featherlite types. Experiment with different types of condom. You may find a type that is much better for you.

If you are sure your partner doesn't have a sexually transmitted diseases, your partner can just take birth control pills.

Q: Do women have less sexual desire than men?

A: It depends on the person. Some have a lot, some don't. Some women have higher desire and there's nothing wrong with that. Every couple should talk it through. Find the right balance out between you what is too much or too little. Your love life will be much happier.

Q: When having sex, clitoral stimulation is is more arousing than penetration. Why?

A: Well, compare the clitoris to the penis. Is it the genital area or head of the penis? This is the most sensitive area for men. Pre-birth, they come from the same organ. and develop with foetal growth. In men it becomes a penis and in women, a clitoris. In both, it's where the most nerve endings are which is why they are so sensitive.

Q: Can we contract sexually transmitted diseases from public toilets?

A: Honestly, it's almost impossible. Outside of our bodies, germs survive for less than an hour, less than 5 minutes, before they die. But if, for example, you share a towel with someone who is infected and it has their secretions on it, you can certainly catch the disease. It is very unlikely though.

Q: How do you prevent vagina farts?

A: Some say it just happens. The fart happens when a gap is formed during sexual intercourse. It's like when we clap our hands, there is wind. It goes in and out, in and out. Pressure builds up, can cause a sound. There is no way to stop this as it is the way the penis fits the vagina. Some think it's caused by a looser vagina and some people do have looser vaginas, but it's just a combination of the two parts.

Q: My friend said semen is good for your skin. Is this true?

A: Sperm is just protein, glucose, and stuff. You want a clear face right? You would have to leave the semen on for over fifteen minutes which you wouldn't do. It's better to use proper face cream.

Q: Why does semen taste fishy? Is there anything to make the taste better? Do I have to swallow the semen?

A: It's your choice. A man can't force you to swallow it. It's our right to decide. Guys can make their semen taste better, more sweet, and more appetising. How? Haven't you heard about eating pineapples? Pineapples add sugar which makes the semen taste better. by altering the acidity. You are what you eat. Eat nutritious foods, not too many desserts, and avoid smoking, as this makes it taste more fishy.

Q: I want to use cosmetic cream on my genitals. Can I?

A: Yes you can. And it's good too. When you wash your genitals with soap, you don't apply cream right? But actually your genitals need moisture just like any other part of your body. So you can apply cream or lotion. But beware! Whitening creams can contain substances that will irritate your genitals causing some burns or scratches.

Q: What is a chick sponge? Is it good to use?

A: Men don't know this. Only women know. You can find this in a pharmacy. It's a ball-shaped green or yellow sea sponge. In Thai, we call it a chick sponge.

Some women insert the sea sponge inside the vagina to have sex during their period. When your period comes, the sponge will absorb the blood and stop it from coming out during sex. The problem is, as it doesn’t have a string attached, it can be difficult to take out afterwards. You may need to use your hand and, in some cases, ask a doctor to extract it for you.

These are some answers to questions. I hope they will be beneficial for a safe, enjoyable and confident sex.

The sex education video series is brought to you by CI Talks. Find more inspirational videos and stories that spark change on CITalks.com and be inspired to take action and grow.

Find inspiration from Sex Questions and Answers, episode 5 of the CI Talks sex education video series. In this video, Dr...