How Acting Can Teach Us About Other People 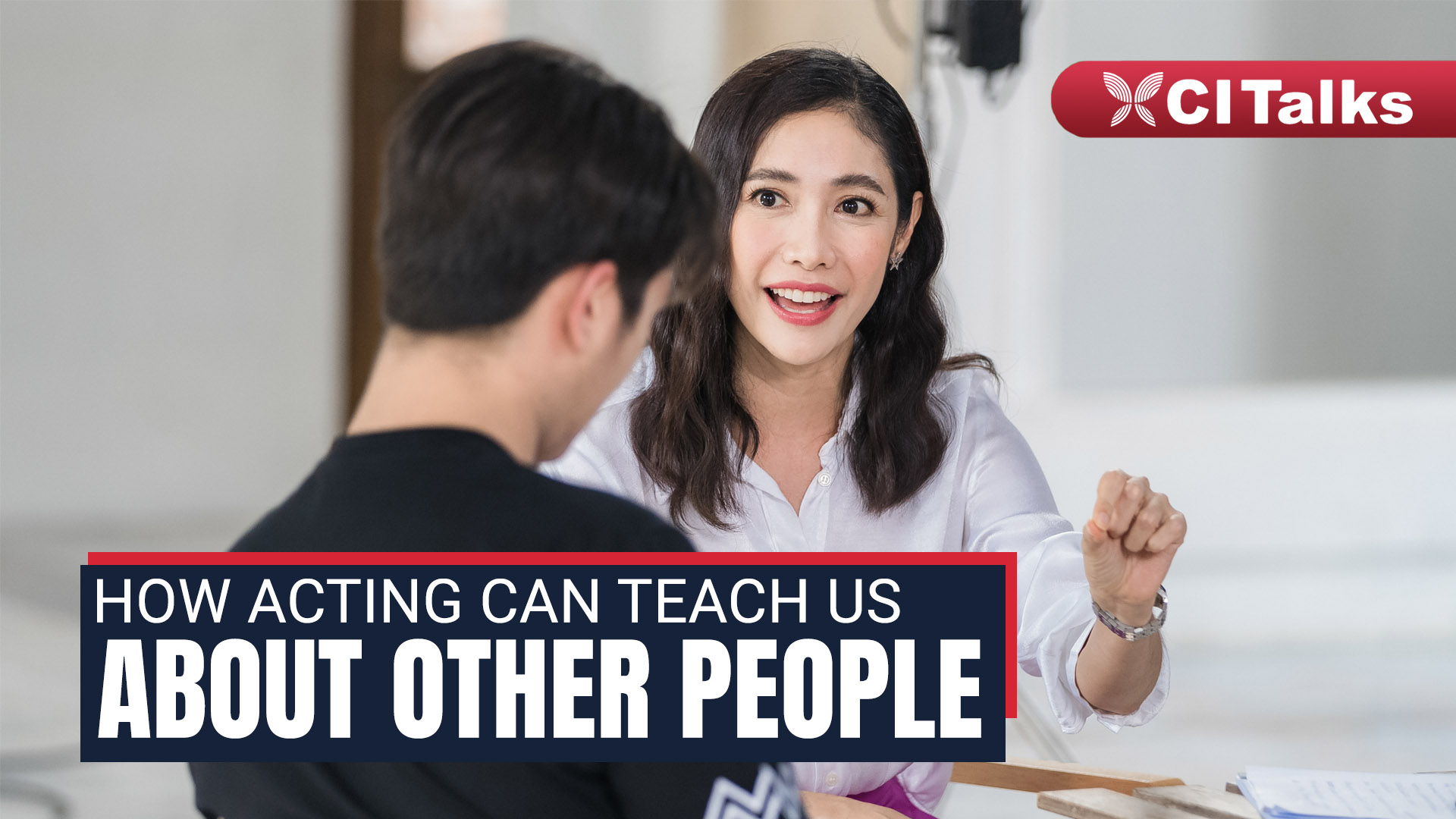 Whatever our role in life, we are almost certainly likely to be working with other people at some point and it can be very important to understand what makes people tick. Salespeople and marketers, for example, need to understand what people might be thinking and how they might react to certain words and phrases or propositions.

Another example is acting. Actors need to be in tune with the audience to portray the right emotions at the right times. Not only do actors need to be skilled in hitting the target emotionally, but writers and directors also need to make sure that their creations have the ‘human’ touch; that people can relate to them and feel the same emotions that characters are feeling.

This is where the role of an acting coach comes in. We spoke with well-respected acting coach Kru Ngor Rossukon about acting, and how it can give you an advantage when it comes to understanding people.

Kru Ngor told us that one of the biggest challenges she faces is when writers, producers, or actors have difficulty understanding human nature. These people will often have lives that are going smoothly and have never been in the shoes of somebody who is struggling. The result is characters and situations that audiences cannot relate with, causing the audience to put up mental barriers and disconnect with the characters.

Kru Ngor tells us that although many people believe acting involves wearing a mask – it actually involves removing a mask you’re already wearing.

Actors need to learn to examine their own actions and motivations. They need to become honest about their own behaviors and once they’ve achieved this, they can begin to learn more about themselves and other people. It’s not so much that actors need to fake being somebody else when playing a character, but more that they need to truthfully portray that character in certain situations and this involves learning how to understand people.

These skills can be applied to life away from acting in numerous ways, including:

Acting encourages us to look deeper into other peoples’ lives and experiences. It helps us to see that many people do have very different lives from us and that their experiences are likely to give them different perspectives to our own. Acting effectively helps us to see the world through other people’s eyes, and understand why and how they might have different thoughts to us on certain subjects. It can be so authentic that some actors need to ‘de-role’ after performing, while studies have also shown that the brain behaves differently when people are in character.

Being able to see different perspectives can be very beneficial to us when it comes to certain real-life situations. For example, it might help us to close a deal, or settle a customer. Being able to see things from a different perspective might also help with disagreements in relationships, and help make relationships a lot more pleasant and enjoyable for all parties.

Too many of us are guilty of not actually listening to what other people are saying to us. It can be all so easy for us to develop pre-conceptions of what people are likely to say or think, and act on those instead of what is really being said. Actors, however, are trained to listen more closely so they can learn how to understand people. They are also taught to look for mannerisms and behavioral clues that might tell them about a person’s emotional state.

Listening properly helps to significantly improve peoples’ communications skills. Reading body language also helps actors to understand people better than they would otherwise be able to, adding a further boost to their ability to communicate with other people. Enhanced communication skills can help us improve many aspects of our lives including personal and professional relationships, while we will also become a lot more skilled at problem-solving.

It takes nerves to get up on a stage and act in front of other people and just the thought of doing so will be nerve-racking to a lot of people. The more somebody gets used to being in front of an audience, however, the more they will get used to it and their self-confidence will gradually grow. Even otherwise timid people can eventually begin to come out of their shells.

Confidence isn’t only beneficial for actors – it is also beneficial in other areas of life. Gaining confidence in social situations will help improve a lot of people’s quality of life, while it can also encourage people to go for professional opportunities they might otherwise have passed on. Although confidence needs to be tempered with a degree of modesty, it’s something that can help people succeed.

Actors need to be flexible. Not only do they need to be able to transform themselves into new characters, but they often also need to be able to adapt to situations in real-time as they develop. They will often need to think quickly and improvise or adapt to feedback and these are skills that take practice to perfect – and acting provides the opportunity to practice. This adaptability can be very useful in other areas of life, such as when something doesn’t go to plan at work. While everybody else is panicking and not sure of what to do, actors can put their adaptability skills into practice to help ensure everything goes as smoothly as possible.

Acting is a skill that’s developed over many years in most cases, but it’s not only beneficial on the stage. The skills that an actor will learn can also be helpful in other aspects of life and can help with personal and professional relationships. Even if acting lessons don’t take you to Hollywood or even get you on TV, they can teach you how to understand people in ways that will help you succeed in life.

How To Build A Growth Mindset

Everybody wants to develop a growth mindset, but how exactly do you do it? Let CI Talks guide you th...
28 Feb 2022

Deep Dive into The Achievements of CI Talks’ Artist Coaches

What did they have to go through prior to their success? Today we proudly present the inspirational ...
03 Feb 2022

Many dream of owning a beautiful restaurant with customers coming day in and day out. But do you kno...
24 Jan 2022

Find inspiration from the story of Topp Jirayut Srupsrisopa, founder and CEO of Bitkub in Thailand. ...
24 Dec 2021

I Had No Self Confidence Says Mew Suppasit

In his exclusive interview with Fahsai Paweensuda on CI Talks, Mew Suppasit announced that, prior to...
28 Oct 2021

Thai food is famous the world over and Khao Tom Kradok Moo is one of Thailand's most famous dishes, ...
14 Oct 2021

Overcoming Your Fear of Failure

As human beings, most of us have a huge amount of potential to succeed in our chosen field. Unfortun...
14 Oct 2021

For most of us, the path to success can seem unclear. We’re often told that working hard and perseve...
14 Oct 2021

Achieving success in the entertainment industry is notoriously difficult, but the actor and singer S...
14 Oct 2021

One of Bangkok's foremost restaurateurs started his career as a busboy and washing dishes in a resta...
13 Oct 2021

Bangkok is hardly a skateboarder’s paradise. The sidewalks are so uneven that even walking on them c...
13 Oct 2021

Falling In Love With Exercise

What Life Skills Can Acting Teach?

Did you know that the word "Drama" is derived from the Greek word "Dran" which means "to do". Actors...