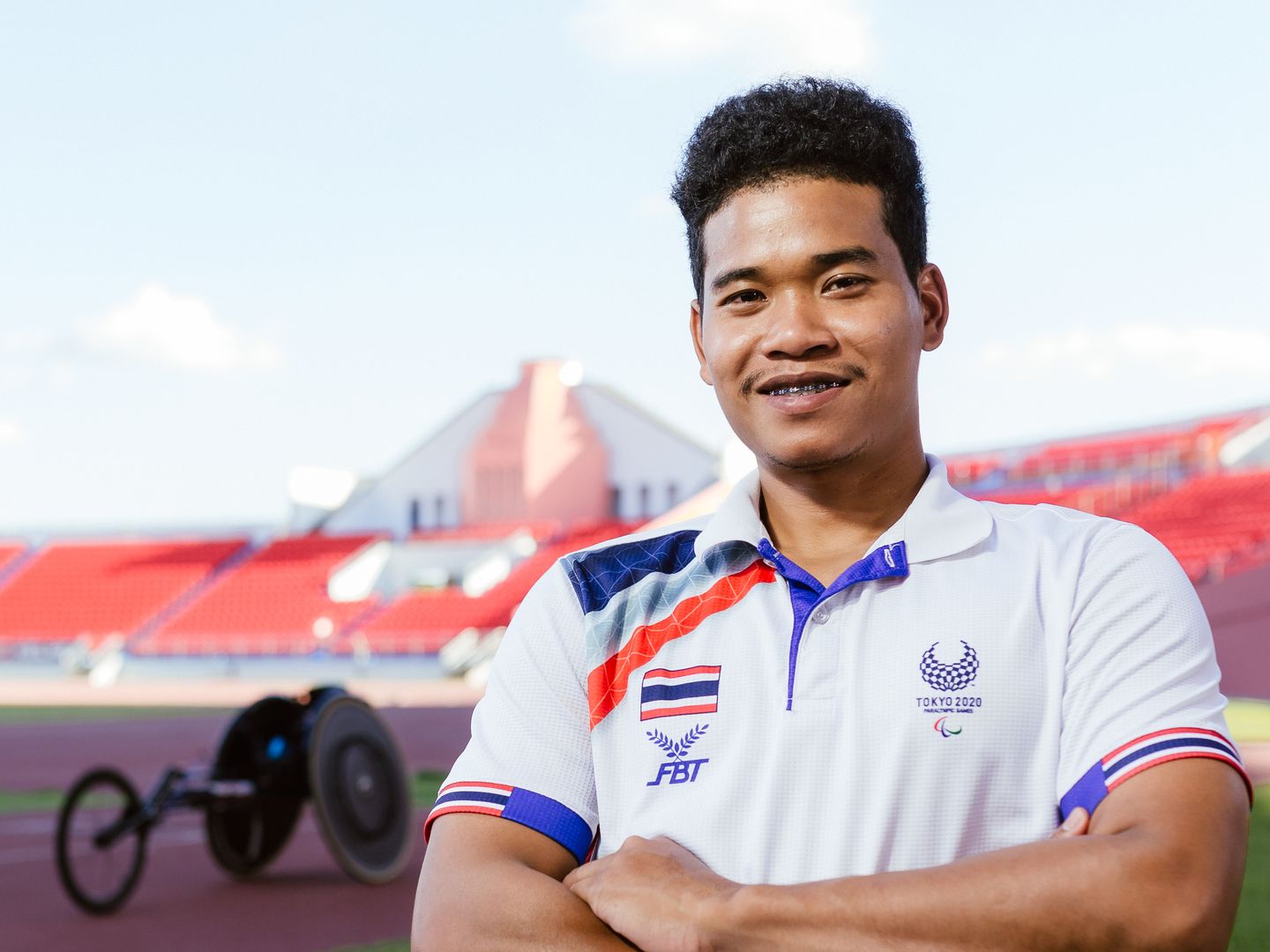 Crippled by Polio since infancy, Pongsakorn Paeyo was also born to a poor family. In 2020, he represented Thailand at the Tokyo Paralympic Games where he took 3 gold medals and set a new world speed record. He may be physically crippled, but his heart has never surrendered.

Pongsakorn Paeyo (nickname “Korn”) is a celebrated T53 class Thai Wheelchair racer who won three gold medals (100m, 400m and 800m) whilst also setting a new world record for the fastest time in the 400m track event at the Tokyo Paralympic Games in 2020.

After contracting polio as an infant, Pongsakorn has fought to not just survive, but excel as an athlete. He was born to a farming family in Khon Kaen Province, northeast Thailand. He lost his father when he was just two months old, leaving his mother to raise him and his two siblings single handedly, working as a farm hand and doing odd jobs in their village.

At the age of 5, Pongsakorn’s application to join a school for able bodied kids was rejected so he was enrolled in a specialist school for children with disabilities. Ultimately, it was a teacher at school who sparked Pongsakorn’s interest in wheelchair racing; a life changing direction that diverted him away from what otherwise could have been a life with little purpose.

He trained for a month before entering the Nakhorn Sukhothai games where he won the bronze medal in 2009. Pongsakorn made his international athletics debut in 2014 at the Asian Para Games in Korea. In 2015, he flew to Qatar to compete in the World Para Athletics Championships and in 2016 he competed at the Paralympic Games in Rio de Janeiro, Brazil where he won two gold medals in the 400 metres and 800 metres event and two silver medals in the 100 metres and 4×400 relay event.

He competed in the World Para Athletics Championships in London (2017) and Dubai, United Arab Emirates (2019). In 2020, Pongsakorn returned to the Paralympic Games, this time in Tokyo, where he achieved a hat-trick of gold medals.

Pongsakorn’s role model and idol is is fellow Thai wheelchair racer Sopa Inthasen who he has raced against and lost to in the 200m men’s event during the Nam Kok Games in Chiang Rai. Sopa, 13 years his senior, is the inspiration that drives Pongsakorn to continually push the limits.

Pongsakorn is married with two children and currently lives in Nakhon Ratchasima where he continues to train as Thailand’s top wheelchair racer.