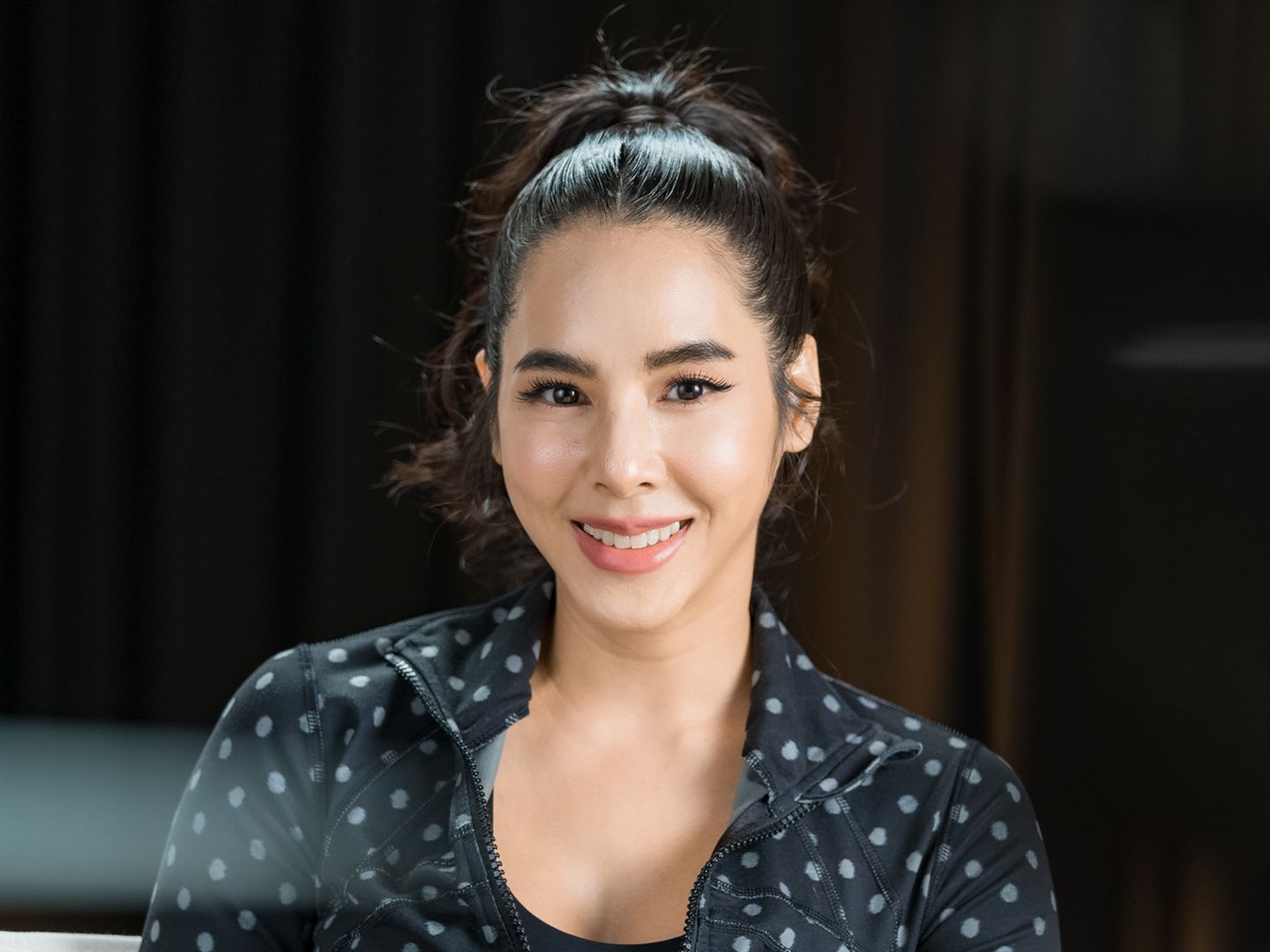 Bebe Thanchanok Ritnaka is a Thai model, actress and singer and has even been a university lecturer. But today Bebe is best known as a fitness influencer (#bebefitroutine), with daily workout sessions streamed on Facebook, Instagram and YouTube and a following of millions.

A Thai model, actress and singer, Tanchanok Rithnaka is known among her fans as “Bebe”. One day in her childhood, Bebe was waiting outside Siam Center for her sister to finish her class when she was approached by a talent scout. Bebe became a child model and a regular cover girl of teen magazine “Ice”. In 2004, she was cast in the movie Evil Express and so began her acting career.

Bebe quickly became a popular television actress, starring in many Thai dramas (lakorn) including Princess, Palace, Sun Fire, to name a few. She also launched a successful career as a singer, releasing hits with Buzz Music.

Bebe attended Berkeley International School in Bangkok before graduating with an impressive 3.91 GPA from Assumption University (ABAC) where she majored in marketing. In her adolescence, she actually had no ambition to break into the entertainment industry and was focused on studying well to please her parents.

In 2014, when her acting career was in full swing, she also went back to Assumption University, except this time not as a student but as a lecturer. Bebe would spend 3 days of each week shooting Thai Dramas (“lakorn”), 3 days preparing for lectures and 1 day out of each week delivering her lectures at the university.

“Studying is an activity I’ve always enjoyed, and I’m proud that I graduated with honors and had a chance to teach and pass on the knowledge to others.”

Then came her engagement to the love of her life, Boom Bavornvanich. Bebe was committed to being the most beautiful version of herself on her wedding day and hired a personal trainer to get in shape and this was her turning point. Months of working out turned into years and each goal achieved was replaced with another goal; always slightly more challenging, slightly harder to achieve. Friends began to notice differences in Bebe, not just physical but in her outlook and joie de vivre as well. They began to ask for suggestions and tips.

The requests for fitness tips grew and so Bebe launched a Facebook page so that she could show more people how to keep fit by publishing videos of her exercise routines. Her followers grew quickly which inspired her to turn the newly found passion for exercise into a business.

Bebe became an ACE Certified Personal Trainer and fitness coach, worked daily to achieve a high level of athletic fitness and posted fitness routines and exercises as free to view videos each day. She worked with brands like Fanta, Feather, Vita, True and Lactacid and launched a range of merchandise (fitness accessories and fitness supplements such as whey protein) under her Bebe Fit Routine brand and as she did all of this, her online subscribers and followers grew into the millions.

Today in Thailand, when someone mentions “Fitness” the first name to come to mind is Bebe. She is by far the country’s most successful fitness influencer and continues to exercise daily using a fitness routine that combines Pilates, boxing and aerial fitness.

Bebe Tanchanok Rithnaka was born on December 21, 1987 in Thailand. She is practical and also highly intelligent, busy, hard working and very successful. Bursting with energy, passion and enthusiasm, Bebe is an inspiration to all.